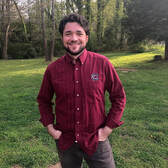 Jeff Key grew up in Pickens, SC and began learning about music at an early age.  Both of his parents were local performing musicians.  Mr. Key spent much of his childhood in a band room tagging along with his father who was a high school band director.  His father also owned and operated a small recording company that produced recordings for many local bands, Furman University, and some state competition events sponsored by the SCBDA.

Mr. Key earned his Bachelor's Degree in Music Education from the University of South Carolina where he studied tuba.  During his time in school, he performed with the UofSC Marching Band, Symphonic Band, Concert Band, Left Bank Jazz Band, and USC Brass.  During the summer months while in college, Mr. Key was a member of The Cadet's Drum and Bugle Corps, the oldest and most honored drum and bugle corps in the world.  As a member of The Cadets, Mr. Key served as section leader, won a world championship, and earned the Distinguished Member Award for 2005. (​click HERE to see a portion of the performance).  Mr. Key began teaching in Union County.  He spent seven years there and served as Director of Bands from 2015-2018.  Jeff Key is excited to be a part of the Viking band program! ​ 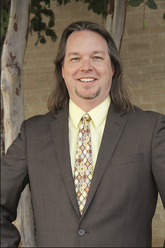 Matthew B. McDaniel has served as the Elementary Band Coordinator for Spartanburg District 7 since 2006.  Mr. McDaniel currently teaches band at McCracken Middle School as well as Boyd and Pine Street Elementary Schools.  He is proud to be the director of the Spartanburg High School Percussion Ensemble.Raised in Conyers, Georgia, Matt graduated from Georgia State University in 1997 having student taught at Cobb County's Mabry Middle School. While earning his degree he was fortunate to have worked with some of the finest high schools and independent percussion programs in the Atlanta area.  In 2004, he graduated with a Master of Music Education from the University of Southern Mississippi and received National Board Certification in 2011. Matt considers himself blessed with having studied with many of the finest music education and percussion professors, including Dr. Thomas Goolsby, Dr. Thomas Wubbenhorst, Mr. Jack Bell, Mr. John Lawless, Dr. Thomas Fraschillo, Dr. John Wooton, Dr.Jennifer Shank, and Dr. Charles Elliott.As a percussionist, Matt was a member of the 1993 Spirit of Georgia and 1994 Crossmen Drum and Bugle Corps, and a player instructor of the 1995 Atlanta Rhythm Machine - the WGI Independent World Class Indoor Drum Line Champion.  He was honored to be selected as a featured marimba soloist for the Evenlyn Glennie master class during the 1994 Percussive Arts Society International Clinic in Atlanta.  In 1998, Matt was one of the 164 marimbists in the Marimba Festival Orchestra in West Point, conducted by Frederick Fennell.He is a member of many professional music associations: the National Association for Music Educators, the South Carolina Music Educators Association, the South Carolina Band Directors Association, and the Percussive Arts Society.Matt and his wonderful wife Adena perform as the co-Principal Percussionists for the Spartanburg Philharmonic Orchestra; and they have two wonderful sons, Killian and Finnigan. 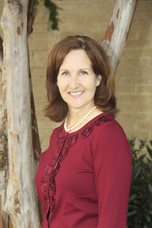 Sharon Atherton is a native of Charleston, SC. She is a graduate of the University of South Carolina and received a Masters in Flute Performance from Converse College. Mrs. Atherton has been a member of the District Seven band staff since 2010. Prior to teaching in District 7, Mrs. Atherton served as Director of Bands at Oakbrook Preparatory School, Pacolet Junior High School, and as an assistant at Broome High School. Additional teaching responsibilities have included numerous theatrical productions, general music, and high school chorus. Bands under Mrs. Atherton's baton have received Superior ratings at state and regional festivals and the SCBDA Outstanding Performance Award. Her students have earned positions annually in Region and All-state bands and many have gone on to careers in music. She has performed with the Spartanburg Philharmonic Orchestra, the Carolina Wind Orchestra, the Spartanburg Community Band, and numerous church orchestras in the Spartanburg area. From 2003-2010, Mrs. Atherton served as Director of Personnel and Operations with the Spartanburg Philharmonic Orchestra.  Mrs. Atherton's professional affiliations include the National Band Association, NAfME, SCBDA, and Pi Kappa Lambda National Music Honor Society.  Mrs. Atherton is married to David Atherton and has three children, Greg, Steven, and Kelly, who have all participated in the Spartanburg High School band program.
Janet Kuntz - McCracken Middle School
Janet Kuntz has been teaching public school music for 35 years. With experience teaching high school and middle school band, chorus, jazz band, and orchestra, Mrs. Kuntz brings much diversity to the podium. She is a graduate of Furman University, earned the Master of Music Performance degree (flute) from the University of South Florida in Tampa, FL, and is a National Board Certified Music Teacher.

A native of Largo, Florida, Mrs. Kuntz has taught music in Mississippi, Florida, and South Carolina. She has performed locally with the Spartanburg Philharmonic Orchestra and is a member of the Chancel Choir at First Presbyterian Church in Spartanburg. Additionally, Mrs. Kuntz conducted the orchestra for the Spartanburg Repertory Company’s 2002 production of Mozart’s “The Marriage of Figaro,” and conducted the SCBDA Region 3 Junior Concert Band in 2007. Janet was named 2008 “Teacher Of The Year” at Ewing Middle School in Gaffney, and has been nominated to “Who’s Who Among American Women” and “Who’s Who Among American Teachers.” Mrs. Kuntz recently served as an adjudicator for the Florida Flute Association Young Artist Competition, and is a member of NAfME, SCMEA, SCBDA, and Phi Beta Mu. She is married to fellow musician and conductor of the Spartanburg High School Symphony and Chamber Orchestras, Jeff Kuntz. Mrs. Kuntz has a 16 year-old-son, John who is a Sophomore at SHS, and 2 Turkish Angora fur babies, DC and Fine’.
​Kevin Maloney​ - Carver Middle School, Mary H. Wright Elementary, Cleveland Academy of Leadership 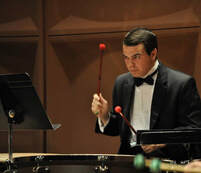 Before arriving to teach in Spartanburg District 7, Kevin started his career within the Greenville County Schools where he taught band and orchestra. Kevin believes in giving his students every opportunity that is available to them and also believes in a well rounded educational philosophy.